Panoramic view of the City of Baguio beneath the cross on the roof of the ongoing restoration work on Baguio Heritage Hill and Nature Park. Originally built in 1900 as part of the Dominican Order of the Philippines, it was used as a summer retreat house and later became the Collegio del Santissimo Rosario. During WWII, it was converted into a refuge center and bombed by the Japanese resulting in major devastation. Restoration was slow because of funding and spooky stories of ghost hauntings, until the City of Baguio took over ownership in 2004. 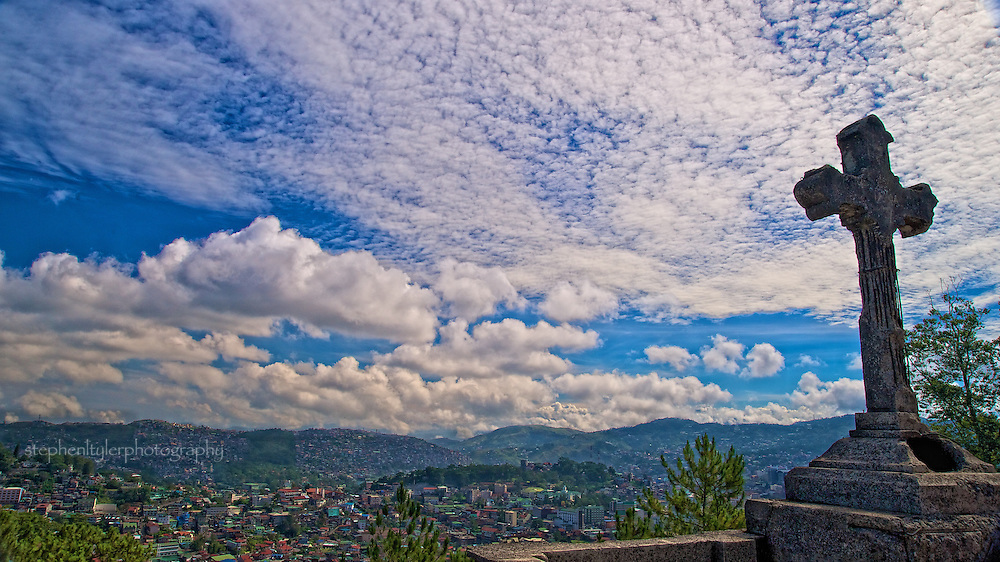